"All the world's a stage, And all the men and women merely players..."

I want to write like the book I've read. How ridiculously flamboyant to imagine a writer doesn't read? It's arrogant, aloof, I'm not better than that. I love the idea of the freedom, the beatniks, like Patti Smith in the American movement. Who are we telling of our lives, our stories, we don't know what's better, an ignorant novel or no telling at all? It's essential for you, for me, and our children, they must understand how this movement is working. How life is developing, changing each day, the stillness is stifling, admit to the current, allow yourself to wait and flow in the stream, in the torrent of worlds colliding and moving. Make sure you keep moving, developing slowly, stop caring for comparison our time is our own. Be swept along in the creation of newness; this time is our own, as I said, don't let it stop you. Refresh yourself with history, with change, is it even history today? We can learn so much from the truth of your life, share your story today, tomorrow is too late...

I can't stop for long enough to create coherent sentences of the book I am reading. I aspire to write anything that would possess a glimpse of this rawness and honesty, making me devour it all at once. This is the second time I have read Loose Change,  which only a few books ever entice me to re-read them. This book has my mum's name scrawled in, and published in 1977, it focuses on the development of three young females maturing into adulthood in the 1960's and 70's.  Sara Davidson has masterfully intertwined their fragmented lives and created an unforgettable depiction of the American hippy revolution. Davidson revisits their lives colliding and breaking at University, and the start of their confusing drift through corporate jobs, love, sex and artistic flair. It tells of the fear of  violent protests against communist politicians and each other. Of their public career highlights and tumultuous relationship fails. Loose Change  is enthusiastically vivid in its depiction of finding oneself in adulthood, of losing their fear to try anything and everything, from pitching unripe articles to the New York Times, to affairs and running away to live in new-age communes  as a self-created family. It is a vulnerable book of young people shouting of their misunderstanding and frailty in developing towards an expectation of life.

Sara Davidson's work is unbelievably truthful, and will I'm sure, resonate with everyone in someway, as a representative of each of us who yearns to, or has the confidence to break free of social constraints and live within a new world order of your own creation.

Her by Spike Jonze

Aptly released on an increasingly commercialised Saint Valentines day, this realistically futuristic film is a winner in my books. I was a little confused about how the film would work with one invisible protagonist, but Spike Jonze has managed to pull this off by appealing to basic human nature and desire. It is totally empathetic to the needs of a lover; both for physical, sexual impulses and the simple yearning for a best friend who laughs with you, cries with you, and supports every aspect of your life. It struck a chord very personally in the the horribly heart-wrenching inability to do anything about the temporal and spatial differences between Theodore and Samantha, as they spend increasingly longer amounts of time in each others company, while still being focused on entirely different things and sadly being wholly incompatible.

Jonze has succeeded in covering a complete relationship without it seeming accelerated, labouring over the development of the characters' friendship in order to paint a concise but whole illustration of their affair. I would be intrigued to understand more of the intimacy of the couple however, which I felt was not fully explored to show the limits of Samantha's ethereal qualities. I would be out of my depth in discussing the technicalities of the screen play and the particulars of the actors cast in this film, however I am using this short review to connect with the feelings lurking deep down inside of every one of us. This film carried me through a vast plethora of emotions, leaving me with a lasting relief that I am not powerless to project myself only to a computer every night, but hopefully will be lucky enough to have a physical companion during my lifetime.

It was interesting to see the other characters reactions to Theodore's relationship, beginning as one of shock and confusion and ending with a complete understanding and apparent acceptance to becoming almost the norm, as to the potential development and integration of technology into our society and social life from a real-life perspective, both now and in the future. This refreshing narrative created by Jonze gripped me throughout, leaving me wondering through teary eyes, if this is what the future will look like as technology takes an increasingly bigger hold on our lives. An absolutely fantastic, mesmerizing and insightful film for traditional romantics and contemporary computer nerds alike. 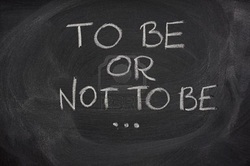 I am aware the quote to the right of this paragraph is Hamlet and not Henry V as titled, however it does represent some similarities, not least by its author William Shakespeare. What I mean to say is that there is a particularly famous and charming actor who has been the protagonist of both these plays, namely Jude Law. My love affair (not literally I add) with him began in my teenage years as I curled up on the sofa to gaze at Mr Napkin Head in Love Actually. It further developed following his sterling portrayal in Sherlock Holmes. Alas, I did not see Jude Law in Hamlet, but as a Christmas present I was given the privilege of spending an evening in his company at the theatre for Henry V.
As an English Literature graduate I must confess that Shakespeare's texts did not thrill me as much as the Welsh poet Dylan Thomas or nature-loving Thomas Hardy, but still it was compulsory studying and so I struggled through. I arrived at the Noel Coward Theatre following a crash course revision of the plot line on the train on the way to London. The stage was open without curtains, with a semi circle of moving wall lining the upstage. The singular chorus boy (Ashley Zhangazha) led the audience brilliantly through the beginning of the play,dressed in street fashion of the noughties to distinguish him from the other characters. Despite this obvious difference, he cleverly interacted with the Elizabethan characters, becoming the audience's companion and lead into Shakespearian England.
As I mentioned, ye olde language is not my mother tongue, and therefore required some serious concentration. Luckily the plot line of Henry V is relatively simple, and the actors diction generally clear in order that the play could be followed. After some moments of anticipation, Henry himself appeared onstage as the achingly generous and handsome Jude Law. I am not a particularly seasoned theatre-goer, but I must say in my opinion the casting directors made a great choice in their lead. Mr Law was engaging and charismatic, sliding seamlessly from the young but wisened Henry, to the director of a threatening battle. I perched on the edge of my seat as Henry rattled his ailing troops and cried;


"Once more unto the breach, dear friends, once more;
Or close the wall up with our English dead!
In peace, there's nothing so becomes a man,
As modest stillness and humility:
But when the blast of war blows in our ears,
Then imitate the action of the tiger..."

Jude Law's passion and conviction of speech shook the audience, joining in with all of the characters fight for survival and persuading us with his sweet charm in a foreign love affair. Totally immersed in Shakespeare for the first time ever, I was enticed to join the fight and chuckle with the naivety of the French princess. This was an outstanding performance where the tension of battle combined with the comedy of a young Katherine learning the word 'nails' with an abominable English accent, gripped me from start to finish.

I will admit that after this fantastic Christmas present, I am now persuaded to persevere with Shakespeare for a little longer if it allows me to spend an evening in the company of some of the UK's finest actors.

To Kill a Mockingbird 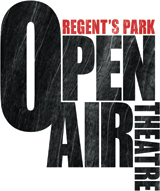 Wow. In honour of my brief trip home from South Wales and the availability of all my siblings, a 'family evening' was organised to the Regent's Park Open Air Theatre. Having studied To Kill a Mockingbird for my GCSE's at school, I vividly remembered my teacher rabbiting on about the importance of the novel and author Harper Lee's imprint in history. Revisiting this story having just completed my English literature degree afforded me a better insight into the collaboration between text and performance, flawlessly composed by director Timothy Sheader.
The most daunting aspect to overcome at the beginning was the prospect of freezing on a fresh British summer evening outdoors! This was soon forgotten however as I was drawn into the sultry heat of the American South by Calpurnia, Atticus and the children. The basic scenery, lighting and musical background (just a lone man with a guitar and ukelele), added to my imagination as I was transported back to a time of icy political conflict ironically forced through the sweltering communal haze. As the English evening got chillier, the actors' emotional investment into this production intensified. 10 year-old Eleanor Worthington-Cox gave an amazing performance as Scout, working seamlessly into the cast with a performance far surpassing her years.
The use of narrators interspersed with their acting, and the bare involvement with the entire cast throughout the play, provided an awareness and metafiction of the action for the audience, engaging us to become part of this artistic creation as a member of Maycomb County both in and out of the courtroom. The ability of the actors and actresses to move between narrator and character was presented fantastically by Guildhall School graduate Rona Morison as Mayella Ewell. When her inconspicuous contemporary denim jacket and beany hat were removed, an amazing young actress appeared with emotional intensity to move even the most stoic English gent.
I could go on forever about the chalk drawing on the stage, the poignancy of the silences, and the atmospheric rustling of the oak trees around the stage. But I will finish by simply saying that this performance was astounding and certainly not one to be missed, especially in the epic and green surroundings of Regent's Park.